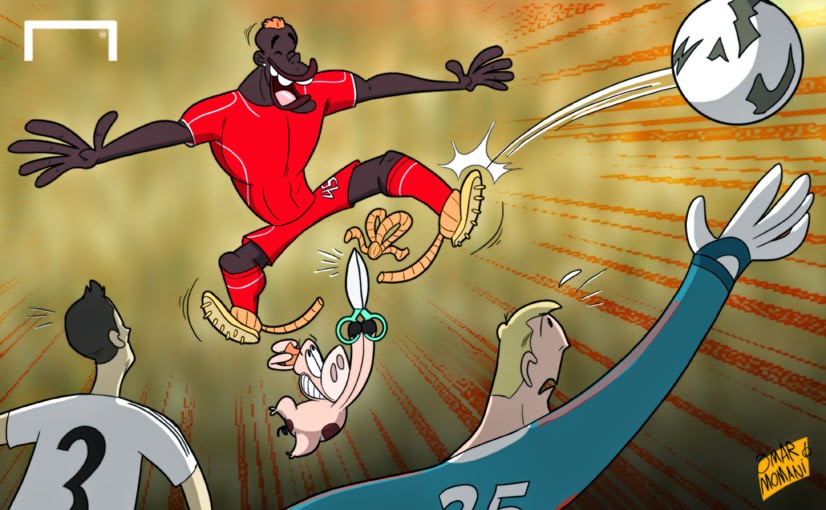 Mario Balotelli got the monkey - and maybe the pig - off his back with a late goal for Liverpool against Swansea on Tuesday night.

The walls had been closing in on the Italy striker in recent weeks, but perhaps he has broken the shackles and can now focus on hitting the net of the net in the Premier League.
Wednesday, 29 October 2014 12:00
Tweet Follow @omomani
Diposting oleh Dapur Meta di 16.37 Tidak ada komentar: 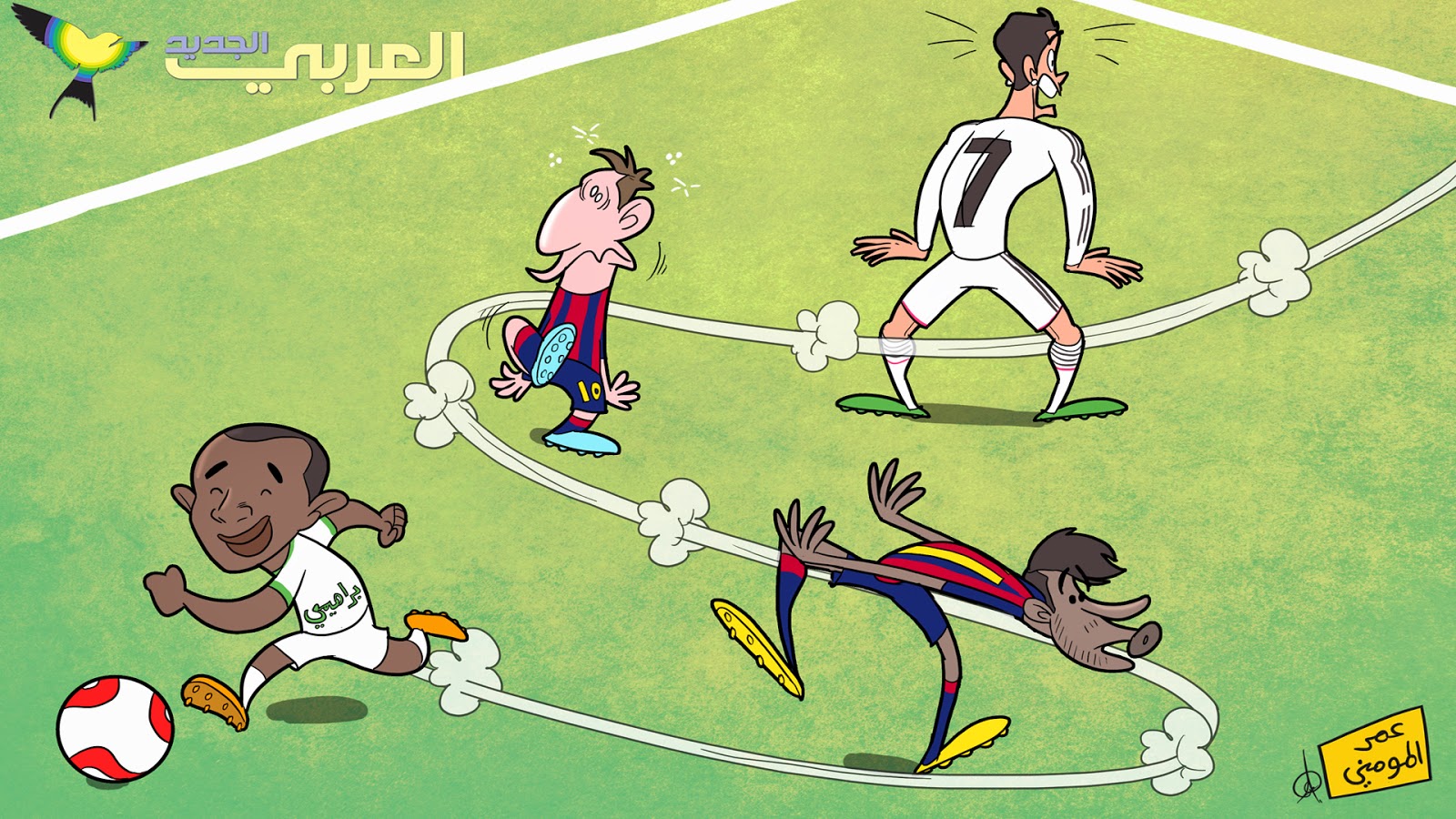 am glad to see Brahimi tweeting the cartoon