Wenger surrenders as Arsenal are put to the sword 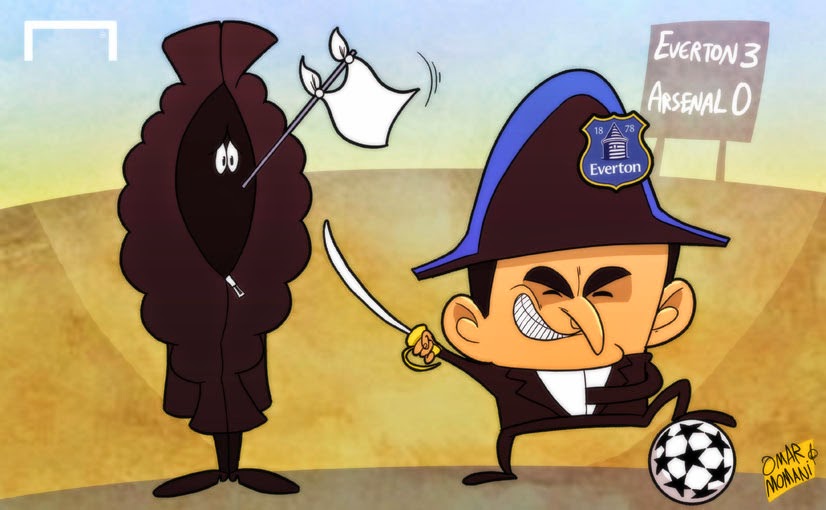 Sunday's encounter between Everton and Arsenal at Goodison Park was expected to be an evenly matched contest between two sides battling to claim Champions League football – instead it turned out to be a procession.

Arsene Wenger and his men were vanquished with relative ease, outmatched in almost every department and virtually unfurling the white flag before the referee had even called time on the first half.

Goals from Steven Naismith and Romelu Lukaku handed Everton a first-half advantage, before Mikel Arteta netted a killer own goal on the hour mark, as the Toffees' devastating attacking put Arsenal, and their meek resistance, to the sword.

Everton, now a point behind Arsenal but with a game in hand on the north Londoners, are firmly in the driving seat to clinch fourth place.

For Wenger, it might not be the only time he is forced to surrender to Martinez; the Frenchman is under increased pressure at the Emirates Stadium and there is a growing campaign – recently voiced by club legend Ian Wright – to see the Spaniard replace him.
Monday, April 7, 2014 09:00
Tweet Follow @omomani
Diposting oleh Dapur Meta di 09.05