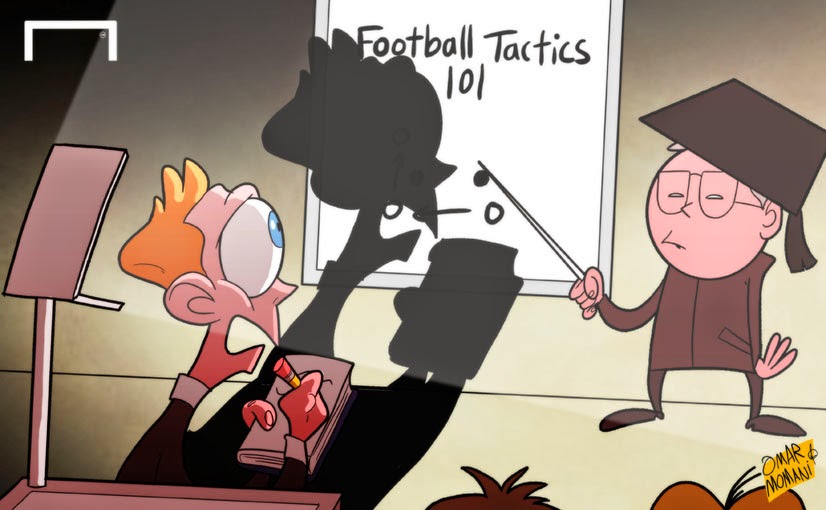 It's not gone quite to plan for the 'Chosen One' at Manchester United.

The Premier League champions have stuttered domestically during the 2013-14 campaign under Sir Alex Ferguson's personal recommendation, David Moyes, with United languishing down in seventh in the table.

But there may well be light at the end of the tunnel...

It was announced on Friday that Sir Alex will take up a "long-term teaching position" at the iconic Harvard University and Moyes could do worse than take a lesson from the managerial great.
Saturday, 5 April 2014 10:30
Tweet Follow @omomani
Diposting oleh Dapur Meta di 04.01