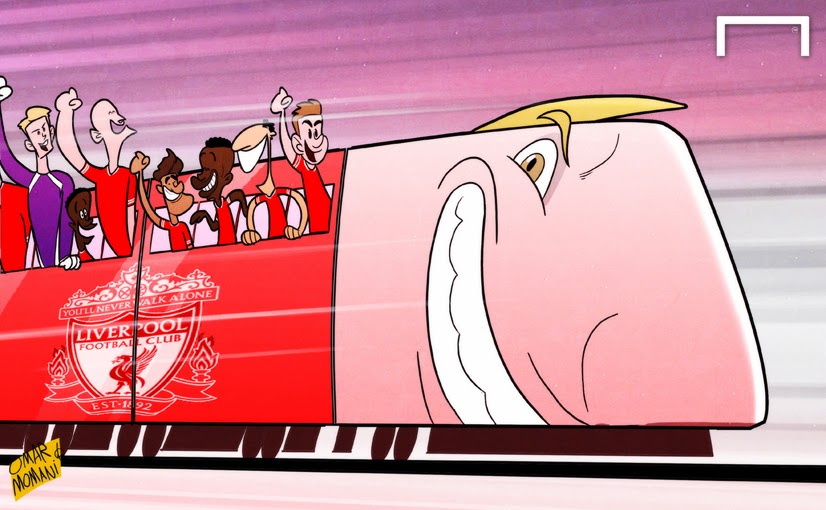 Liverpool's remarkable season chugs on - their first title win since 1990 is edging ever closer.

Manchester City threatened to derail Brendan Rodgers and his side after coming back from two goals behind at Anfield on Sunday.

But the Reds fired up the engines once again to rally back and find a winning goal, via Philippe Coutinho, to move seven points clear of third-placed City.

Just four games now stand in the way of the Anfield club as they strive to bring an end to 24 years without a top-flight title.