Real Madrid have a snail of a time in the Bernabeu 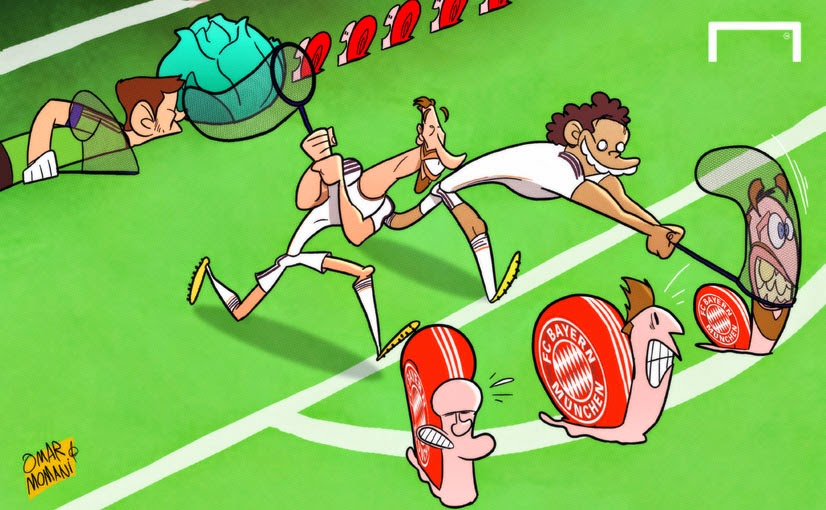 Real Madrid triumphed 1-0 over Bayern Munich on Wednesday night after shutting up shop and keeping Pep Guardiola's boys away from Iker Casillas's goal.

The Bundesliga champions were criticised for their style of play, often for the lack of tempo and incision in their build-up and drew a blank on the night.

Though Real sacrificed possession, their counterattacking threat was evident and were unfortunate not to at least score a second through either Cristiano Ronaldo and Angel Di Maria. The story though, was of a sluggish Bayern.
Thursday, 24 April 2014 12:30
Tweet Follow @omomani
Diposting oleh Dapur Meta di 17.46