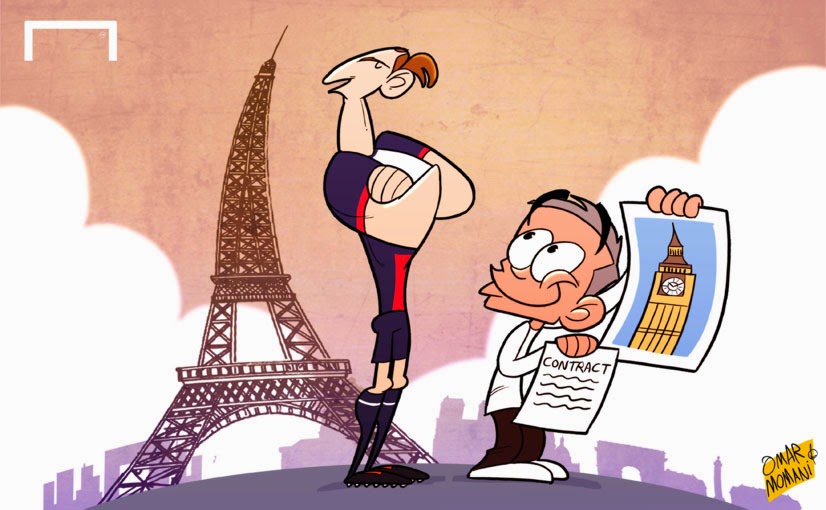 Chelsea travel to the French capital to face Paris Saint-Germain on Wednesday night, a match that sees Blues boss Jose Mourinho take on former charge Zlatan Ibrahimovic, though he appears unlikely to ever coach the enigmatic Swede again.

Despite the Portuguese's praise for Ibrahimovic and attempts to lure him to the Premier League, the PSG frontman has categorically ruled out a move to England.

"It's impossible to get me to England [now]," said the 32-year-old. "If you ask the people behind this [PSG] project I do not think they would let me go."

So however much Mourinho may like Ibrahimovic at Stamford Bridge, and however much of a "pity" it is if he doesn't move to the Premier League, the Sweden international looks dead set to shun a transfer to England and will remain the main man in Paris.
Wednesday, 2 April 2014 11:46
Tweet Follow @omomani
Diposting oleh Dapur ndeso di 02.40