Moyes shown the door as Giggs takes over Manchester United 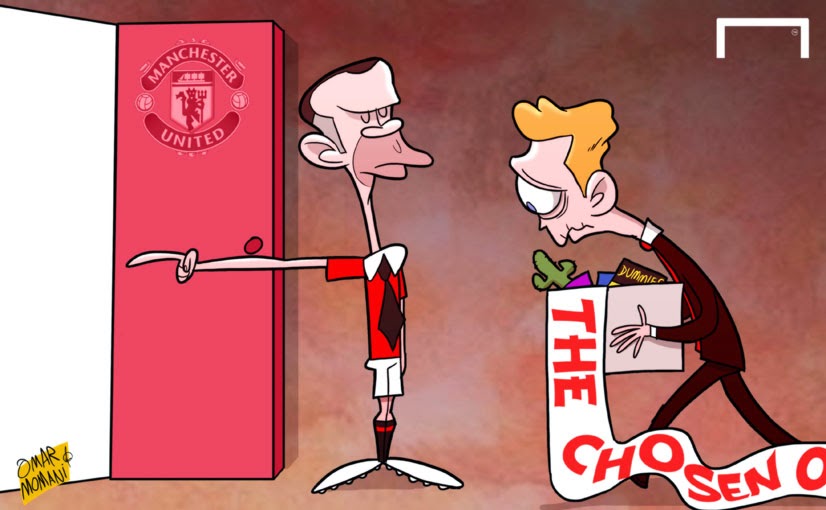 Tuesday morning heralded a momentous changing of the guard at Old Trafford as David Moyes was sacked as Manchester United manager just 10 months into a six-year contract.

The Scot has paid the price for overseeing United's worst campaign in the Premier League era, with club legend Ryan Giggs tasked with guiding the club through the final four matches of the season.

Prior to the first leg of United's Champions League quarter-final clash with Bayern Munich, Giggs sidestepped questions from the media on whether he had designs on the manager's job at Old Trafford.

But with Moyes no longer 'The Chosen One', it seems the 40-year-old will get his chance to shine in the hotseat, even if only briefly.
Tuesday, 22 April 2014 12:49
Tweet Follow @omomani
Diposting oleh Dapur Meta di 17.34