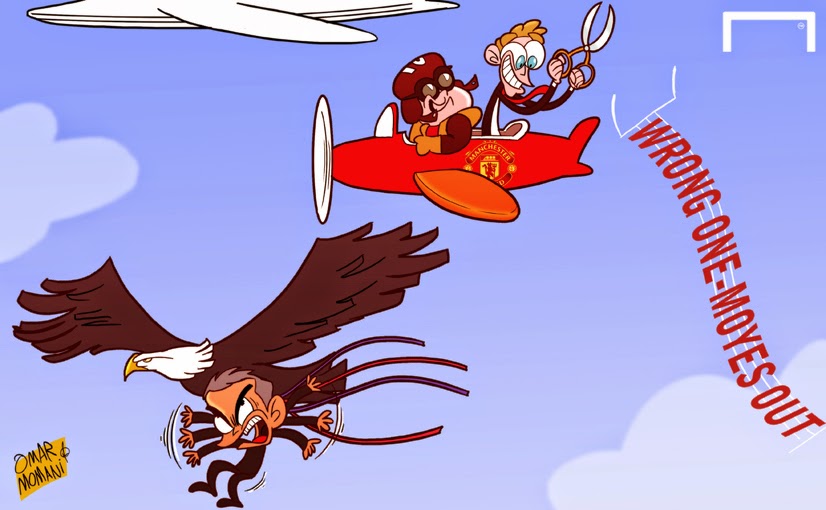 Manchester United’s clash with Aston Villa at Old Trafford threatened to be overshadowed by protests after fans chartered a plan carrying a ‘Moyes Out’ banner.

While the plane flew over Old Trafford just after kick-off, the focus quickly turned to the action with the Red Devils coming back from a goal down to secure a 4-1 win.

Wayne Rooney was the driving force behind the victory, scoring twice, as United picked up all three points and ended a frustrating week on a high.
Sunday, 30 March 2014 12:56
Tweet Follow @omomani
Diposting oleh Dapur Meta di 02.45