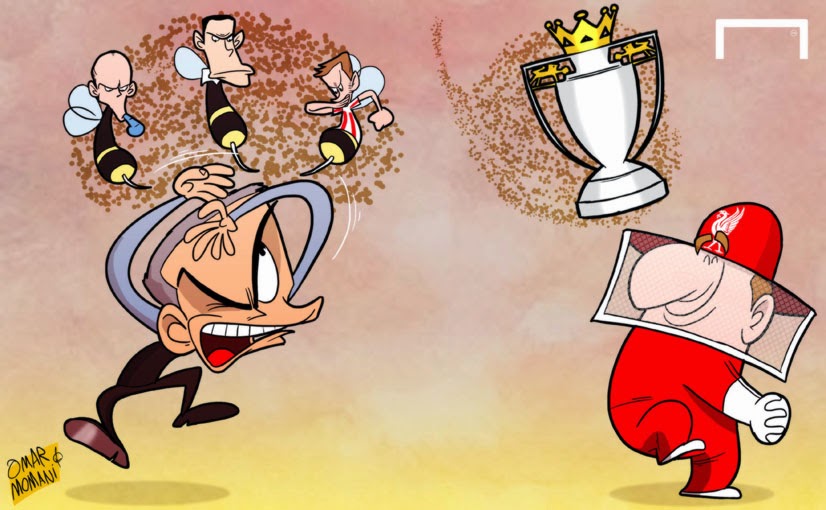 Jose Mourinho had quite the bee in his bonnet after his incredible record of unbeaten Premier League games at home as Chelsea manager came to an end on Saturday.

In a result that handed the advantage in the title race firmly to Liverpool, on-loan Reds forward Fabio Borini scored the decisive penalty as Sunderland beat the Blues 2-1 and the Portuguese sarcastically "congratulated" Mike Dean and his officiating team as well as Gus Poyet's side after the game.

While the Chelsea boss was stung by what he saw as an unfair defeat, it was all smiles for Brendan Rodgers, who has had no such bad luck and looks to have had the title dropped in his lap after Liverpool's 3-2 win over Norwich City on Sunday.
Sunday, 20 April 2014 14:57
Tweet Follow @omomani
Diposting oleh Dapur Meta di 17.16