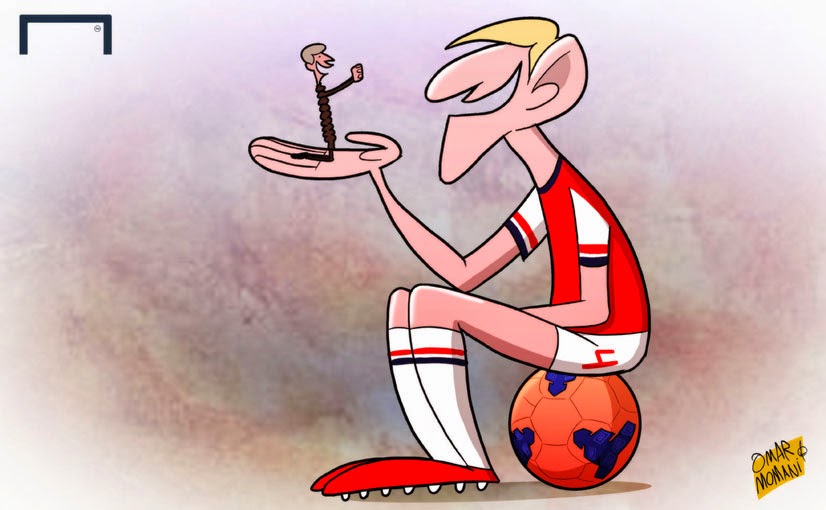 Arsenal were indebted to Per Mertesacker, affectionately known as 'BFG' by Gunners supporters, as the gargantuan German headed past Wigan keeper Scott Carson to wipe out the Latics' FA Cup semi-final lead and help them towards victory at Wembley.

Barely 20 minutes prior to levelling the scores, the former Werder Bremen centre-back has scythed down Callum McManaman inside the box to gift Wigan a penalty, but made amends with his back-post header deep into the second half.

Arsenal continued to lay siege to Wigan's goal in extra-time but, unable to find a breakthrough, booked their place in the final via a confident penalty shoot-out display – relieving the pressure on Arsene Wenger as his side bid to end their nine-year wait for silverware.
Sunday, 13 April 2014 09:48
Tweet Follow @omomani
Diposting oleh Dapur Meta di 07.34