Man Utd look to class of '99 for inspiration 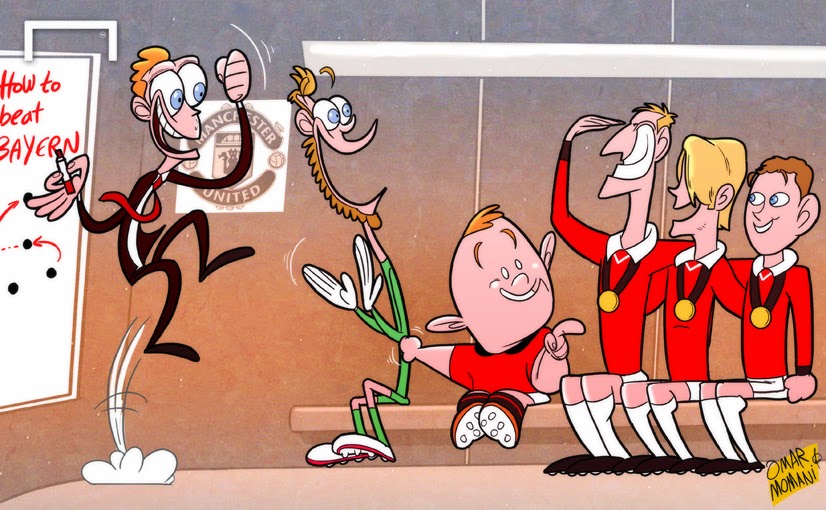 Manchester United's Champions League quarter-final against Bayern Munich is being billed as one of the biggest mismatches in the competition's recent history; the Bavarians are on a 53-match unbeaten run domestically, while United have slumped to seventh under David Moyes.

But, despite the hosts' struggles, die Roten have no intention of taking their threat lightly. "This is a difficult duel!" said Arjen Robben on Monday. "We need to perform from the first minute and put in a top performance. You need to be careful or you can lose against United."

The Dutchman knows just how dangerous the Red Devils can be, with his late volley at Old Trafford just enough to secure an away goals win over United in the 2009-10 campaign, despite the home side bossing proceedings.

Further back still, United claimed Champions League glory in 1999 despite appearing dead and buried. Sir Alex Ferguson's side were a goal down for much of the match, until Teddy Sheringham and Ole Gunnar Solskjaer flipped the final on its head in stoppage time. Moyes will be looking for similar inspiration on Tuesday night if his side are to upset the form book.
Tuesday, 1 April 2014 11:00