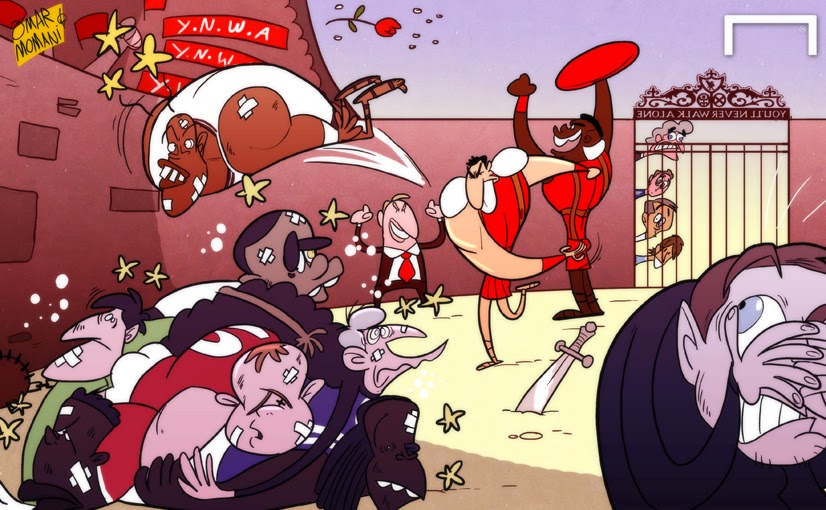 Tottenham were the latest team to feel the wrath of Liverpool's dominance at Anfield as Tim Sherwood's side slumped to a 4-0 defeat on Sunday.

The victory fired Brendan Rodgers' charges to the top of the Premier League, two points clear of Chelsea with six matches to go.

And Anfield looks likely to be the place where the title will be decided this season, with Manchester City and Chelsea still to visit.

Liverpool have won all but two of their home games in the Premier League this term and Rodgers believes Chelsea and Manchester City will be dreading the trip to Anfield.

"There is no doubt they [our rivals] understand this is going to be a real tough place to come," said the Liverpool manager. "We love playing here. The support today was incredible and that is only going to intensify as the season goes on. It works for us rather than against us."
Monday, 31 March 2014 12:00
Tweet Follow @omomani
Diposting oleh Dapur Meta di 02.50