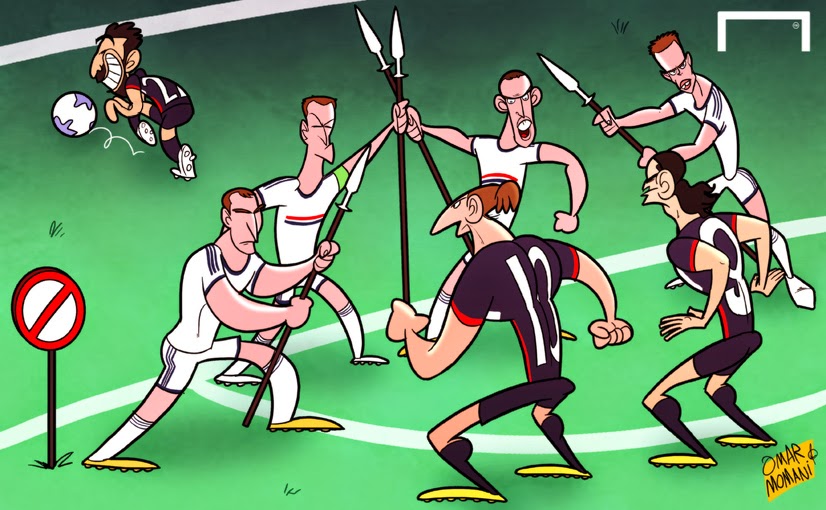 All the talk in the build-up to Chelsea's Champions League quarter-final clash with Paris Saint-Germain revolved around one man: Zlatan Ibrahimovic. Could the striker upset one-time mentor Jose Mourinho? Could the Blues find a way to stop the talismanic frontman? Would he ever play in England?

Such was the Stamford Bridge outfit's preoccupation with the Sweden international, they appeared to forget that there were 10 other players on the field at the Parc des Princes on Wednesday night.

It took just three minutes for Ezequiel Lavezzi, completely unmarked inside the penalty box, to unleash a ferocious shot that flew into the back of the net to remind Chelsea that PSG are far from the one-man team they had been mistaken for.

Ibrahimovic's night was cut short by a hamstring injury that will rule him out of the return leg, though Lavezzi's screamer, coupled with a late goal from Javier Pastore that added gloss to the victory, prove that les Parisiens will be no pushovers even in the Swede's absence.
Thursday, 3 April 2014 10:39
Tweet Follow @omomani
Diposting oleh Dapur Meta di 03.52