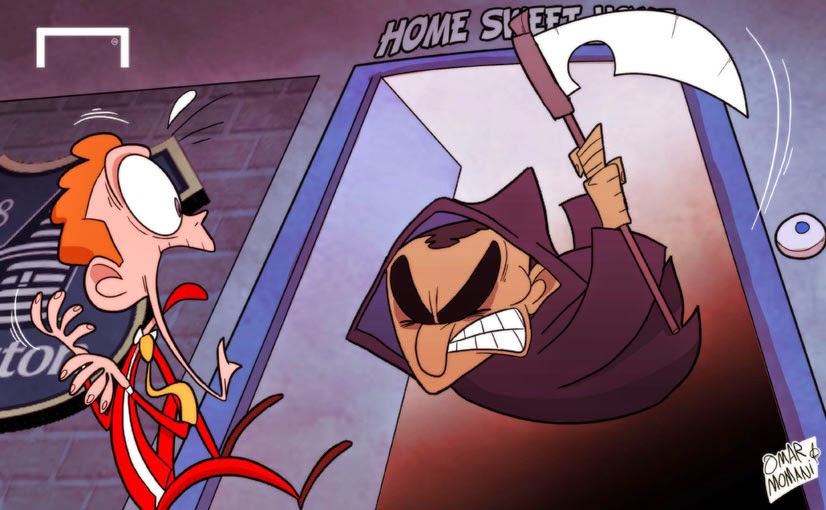 David Moyes endured a miserable return to Goodison Park on Sunday as his Manchester United side were beaten 2-0 in a dismal display by the Red Devils.

Goals from Leighton Baines and Kevin Mirallas did the damage as Roberto Martinez's men cruised to a comfortable victory and handed Moyes an 11th Premier League defeat of the season.

The Scot was booed on his first return to Everton and also had to cope with a visit from the Grim Reaper with a supporter dressed as Death sitting right behind the away dugout.
Monday, 21 April 2014 11:53
Tweet Follow @omomani
Diposting oleh Dapur Meta di 17.20