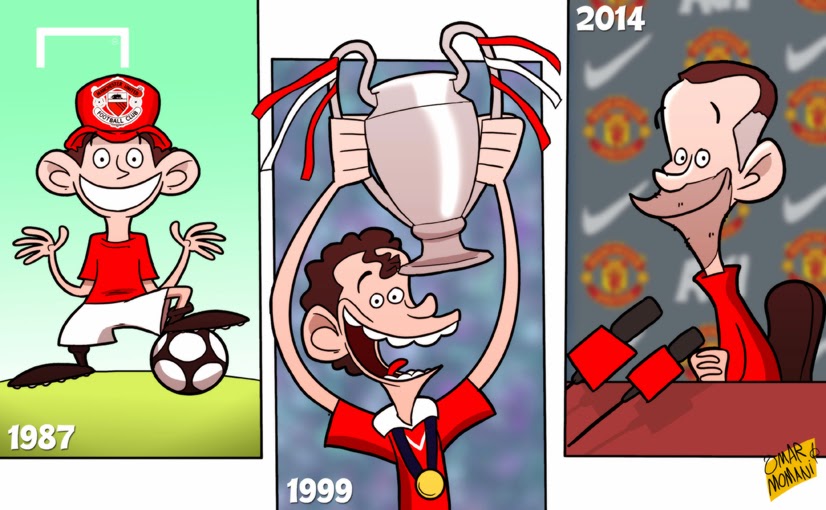 Ryan Giggs has been at Manchester United since the age of 13, has won hoards of trophies in his time at the club and now, at age 40, embarks on his managerial career at Old Trafford.

The Welshman took over from David Moyes, who was sacked on Tuesday, and is initiially in place on an interim basis for the club's final four matches of the season.
Saturday, April 26, 2014 12:56
Tweet Follow @omomani
Diposting oleh Dapur ndeso di 09.41