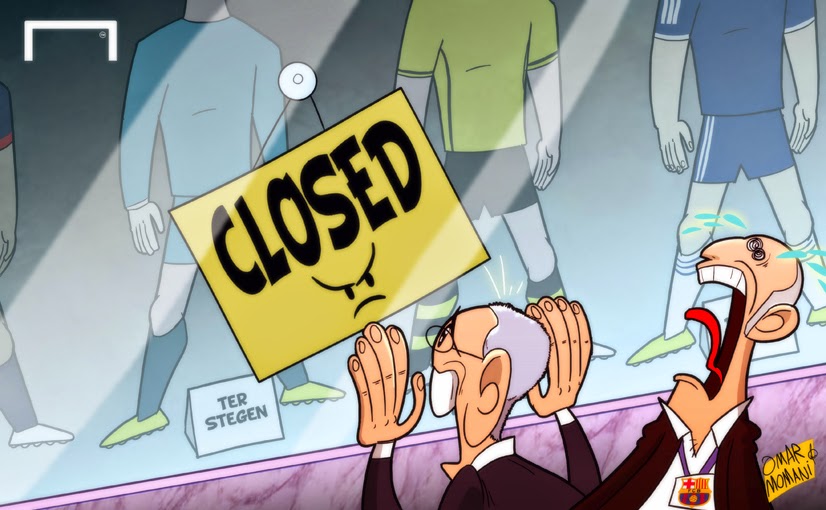 The news that Barcelona had been hit with a transfer ban for the next two windows has shocked the football world and thrown the Catalan club's plans for next season into doubt.

Though the club are adamant they will contest the sanction, it could see deals for goalkeeper Marc-Andre ter Stegen and midfielder Alen Halilovic fall through.

It would spell particularly bad news for Barca if they are unable to sign the German shot-stopper, with Victor Valdes ruled out of action for the next seven months and heading towards the end of his contract.

Barcelona president Josep Maria Bartomeu has called the ban an "injustice", but a leading sports lawyer exclusively told Goal they have no hope of escaping punishment.

So, for now, it looks like the only shopping sporting director Andoni Zubizarreta will be doing is window shopping, as Barcelona are closed for business.
Friday, 4 April 2014 11:13
Tweet Follow @omomani
Diposting oleh Dapur Meta di 03.56