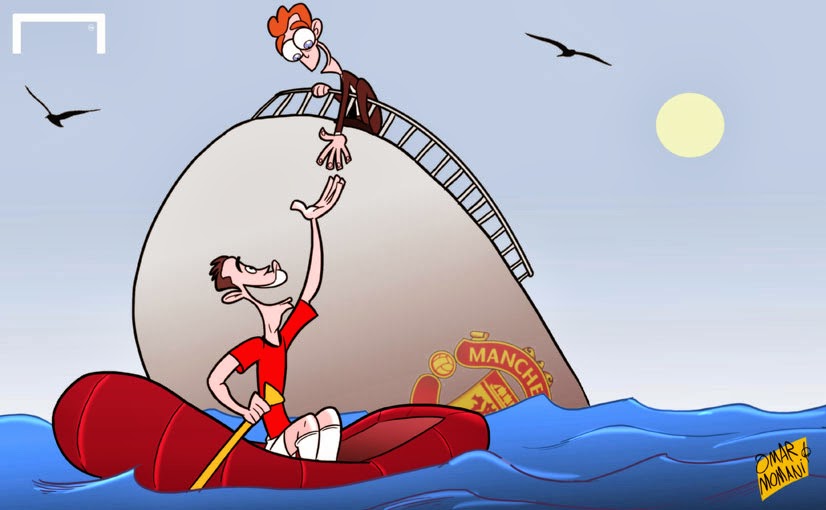 The Red Devils went into the game 2-0 down after a dismal display in the first leg in Greece and with David Moyes coming under intense pressure following Sunday's 3-0 humbling by Liverpool in the Premier League.

Yet Van Persie was not to be denied, scoring all three goals at Old Trafford to seal a dramatic comeback victory and throw Moyes a lifeline.
Thursday, 20 March 2014 11:49
Tweet Follow @omomani
Diposting oleh Dapur Meta di 01.34