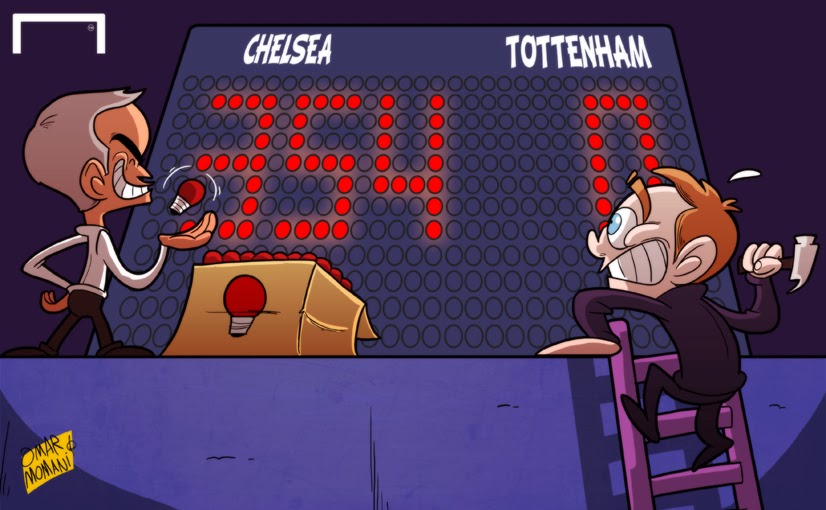 Tim Sherwood has warned his Tottenham side that a repeat of their last away outing in the Premier League could see them on the receiving end of a drubbing against Chelsea.

Spurs face Chelsea at Stamford Bridge having failed to win their in the league since 1990, when Gary Lineker scored the only goal of the game.

And Sherwood has called for improvement after seeing his side stumble to a shock 1-0 defeat against Norwich City at Carrow Road before picking up a narrow victory at home against Cardiff City.

"If we play like we did against Norwich they're gonna need more lightbulbs for the scoreboard," Sherwood warned ahead of the trip to face Jose Mourinho's side.
Saturday, 8 March 2014 11:50
Tweet Follow @omomani
Diposting oleh Dapur Meta di 04.16