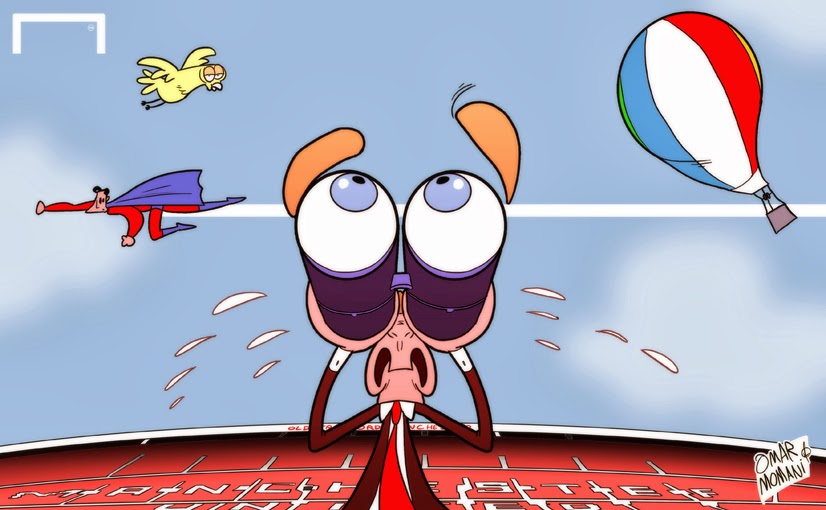 As if David Moyes didn't already have plenty to worry about.

After a couple of positive results - against Olympiakos in the Champions League and West Ham at Upton Park - the pressure is back on the Manchester United boss after the 3-0 thrashing at the hands of rivals City.

The result, along with a season which has fallen way below expectations following the arrival of the Scot in place of the retired Sir Alex Ferguson, has prompted a response.

One group of fans has raised the money to fund a 'fly-past' protest, with a plane set to carry a banner reading 'Wrong One - Moyes Out' over Old Trafford during the clash with Aston Villa on Saturday afternoon.
Friday, 28 March 2014 12:00
Tweet Follow @omomani
Diposting oleh Dapur Meta di 23.49