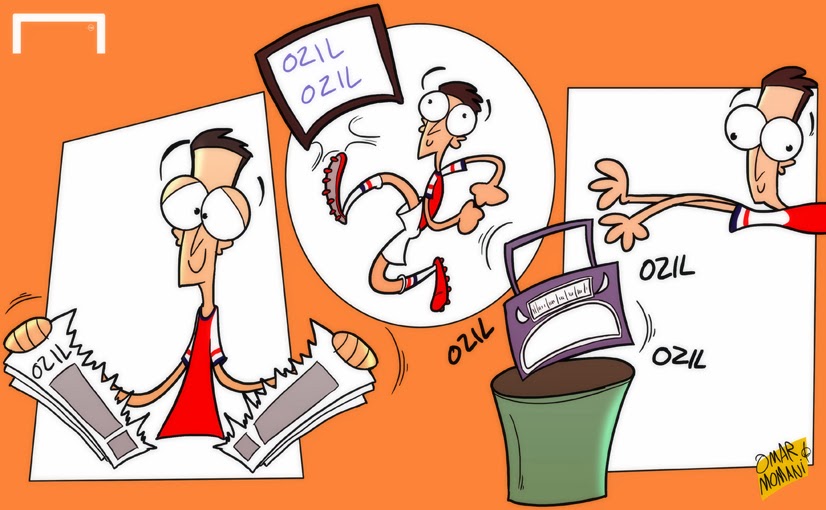 "I don't care," said Mesut Ozil on Wednesday when asked about criticism from some quarters of the English media. "They wrote something different three weeks ago and they will do it again in another three weeks. That's part of the business in England."

Arsenal's record signing may not have maintained his form throughout the season but you cannot fault his confidence and the German clearly has no interest in engaging with paper talk.

He is set to return to the Gunners' squad for their FA Cup clash with Everton on Saturday after being given a brief rest by Arsene Wenger - he'll need to be quick about getting back up to speed, though, with a Champions League second leg against Bayern Munich looming.
Thursday, 6 March 2014 11:36
Tweet Follow @omomani
Diposting oleh Dapur Meta di 21.02