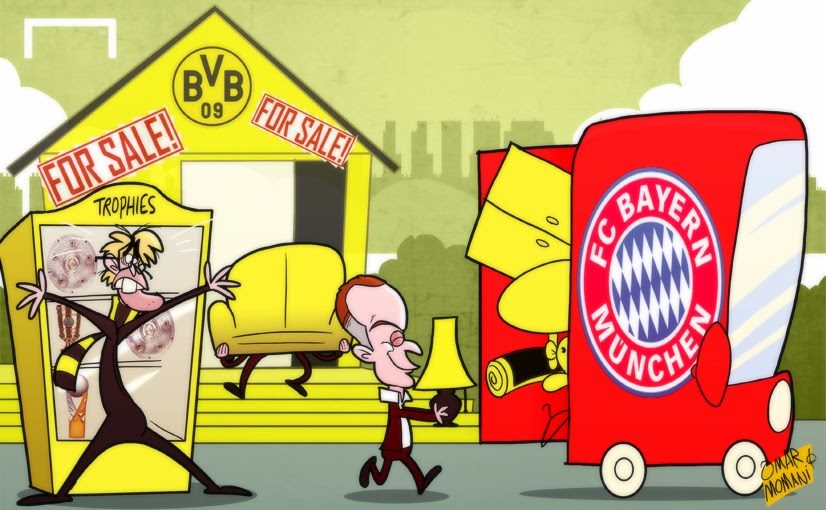 They signed Mario Gotze for €37 million [£30m] and have already secured the services of Robert Lewandowski for next season, but Bayern Munich are not ready to call time on the pursuit of Borussia Dortmund's top stars.

Ilkay Gundogan is the latest Dortmund player to be linked with Bayern, with the midfielder reportedly targeted as a replacement for Toni Kroos, who could leave the Champions League holders this summer.

And Bayern chairman Karl-Heinz Rummenigge has indicated the Bundesliga giants will not stop raiding their rivals.

"We would never make a senseless decision to no longer sign players from Dortmund," he told ZDF.

"We have a good relationship with Dortmund. I met with their CEO last summer and any bad feelings were cleared up then."
Tuesday, 4 March 2014 11:00
Tweet Follow @omomani
Diposting oleh Dapur Meta di 20.55