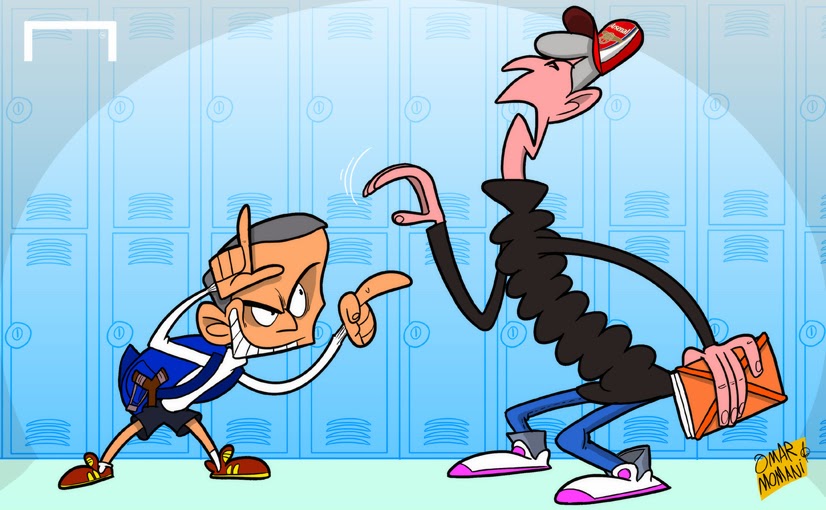 The war of words is well under way between Jose Mourinho and Arsene Wenger, with the Chelsea boss labelling his rival as "a specialist in failure”.

Wenger had suggested Mourinho's reluctance to consider Chelsea as title contenders was down to a "fear to fail”, and this spat looks set to last for the remaining 12 Premier League games.

But can Wenger gain the upper hand in the battle of wits and guide Arsenal to their first league title in 10 years?
Saturday, 15 February 2014 12:00
Tweet Follow @omomani
Diposting oleh Dapur Meta di 20.42