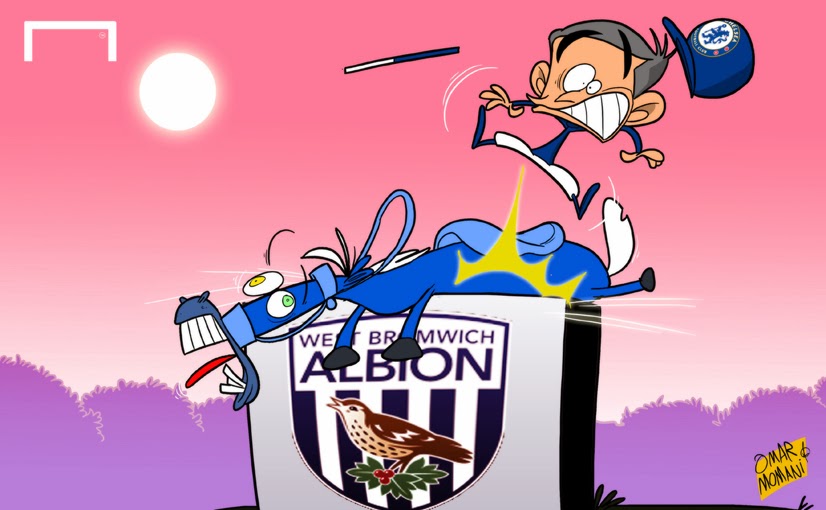 King of words Jose Mourinho produced another gem last week when he labelled his Chelsea team a "little horse" in the Premier League title race.

But everything had been going pretty well in the Stamford Bridge stable, with the impressive victory over Manchester City followed up with another convincing win over Newcastle to keep the Blues at the top of the pile as we approach the home straight.

That was until Pepe Mel's West Brom came along.

Chelsea had looked to be riding towards another three points after Branislav Ivanovic's first-half strike although a late equaliser from Victor Anichebe earned a point for the Baggies and stopped Mourinho's horse in its tracks.
Wednesday, February 12, 2014 08:30
Tweet Follow @omomani
Diposting oleh Dapur Meta di 16.46