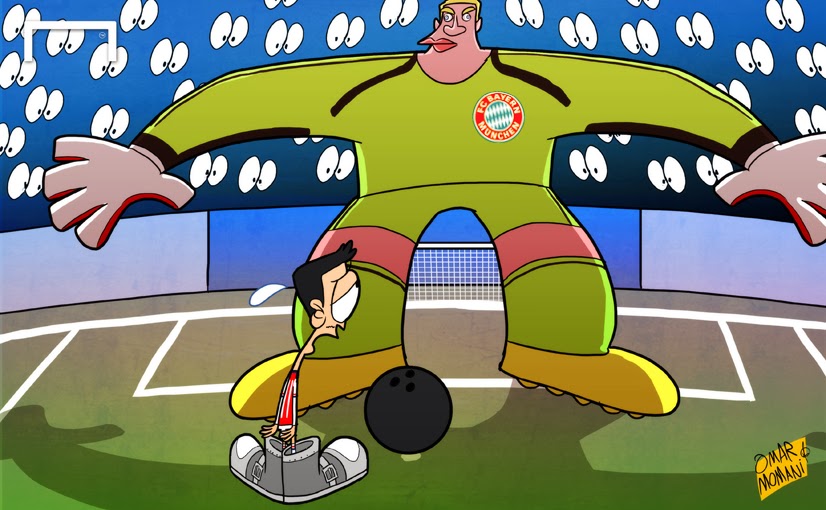 It had been billed as a big night for Arsenal's record signing Mesut Ozil, and he could have got off to a great start by netting an early penalty against Bayern Munich.

But his languid run-up, never a favourite among British crowds and commentators, was matched by a timid shot straight at Manuel Neuer, a giant in the Bavarians' goal all night.

With all his recent criticism coming to the fore, plus the thousands of fans behind the goal, the pressure proved to be far too much for Ozil.
Thursday, February 20, 2014 12:00
Tweet Follow @omomani
Diposting oleh Dapur Meta di 09.46