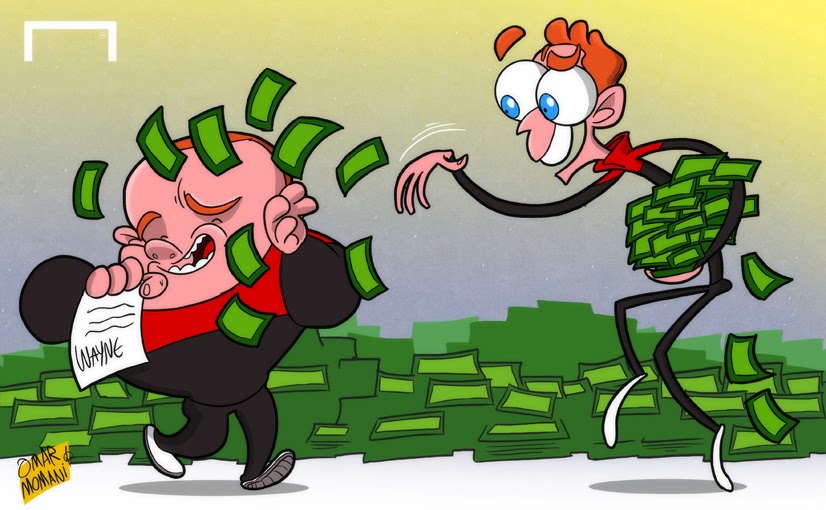 The new deal will potentially see the striker stay at the club until 2019 and earn a staggering £300,000-a-week.

That figure has seen plenty of onlookers question the deal, but David Moyes has no doubts about the value of the England international.

"Wayne has been the best player in England since I put him into the Everton first team in 2003," said Moyes.

"Since becoming United manager in July last year, I have enjoyed working with him and seeing just how he has developed his incredible talent.

"With his ability, his experience and his desire to succeed, he is a vital part of my plans for the future and I'm absolutely thrilled he has accepted the challenge."
Saturday, February 22, 2014 10:30
Tweet Follow @omomani
Diposting oleh Dapur Meta di 01.10