Gervinho beats Bolt by a neck 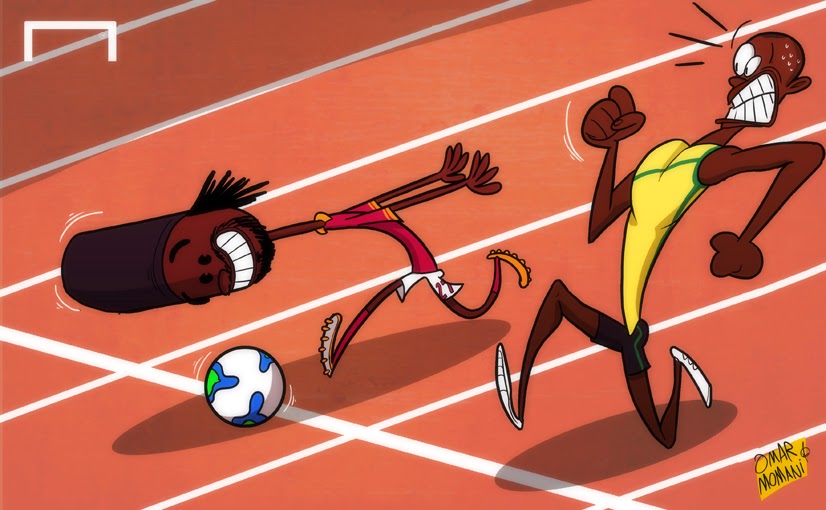 Roma star Gervinho appears to fancy himself as a sprinter.

And afterwards, Gervinho joked that, with the ball at his feet, he would give 100 and 200-metre world record holder Usain Bolt a run for his money.

"I would beat him [Bolt] with the ball at my feet," he said. "Without the ball, he would be quicker."

Gervinho failed to establish himself in the Premier League with Arsenal, but has been in fine form since moving to Italy, scoring five goals in Serie A.
Friday, 7 February 2014 12:00
Tweet Follow @omomani
Diposting oleh Dapur Meta di 03.16