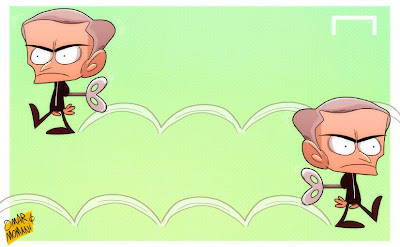 Despite watching his Chelsea side beat Liverpool 2-1 at Stamford Bridge on Sunday Jose Mourinho was still not a happy man.

The Blues boss took aim at Reds striker Luis Suarez after the game accusing him of “an acrobatic swimming pool jump” after going down in the area after a challenge from Samuel Eto’o.

While replays suggested Eto’o may have been lucky to escape conceding a penalty Mourinho insisted Suarez was the guilty party adding: “It looks like someone has shot him in the back and that is a clear yellow card.”
Monday, December 30, 2013 08:39
Tweet Follow @omomani
Diposting oleh Dapur Meta di 07.45