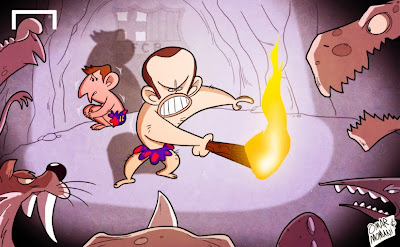 Lionel Messi may be out of action with injury, but the Barcelona star is never far from the news.

The Argentina star - one of three players in the running for the Ballon d'Or alongside Cristiano Ronaldo and Franck Ribery - is said to have asked for improved contract terms following the arrival of Neymar, despite having a deal which runs to 2018.

And while Sandro Rosell confirmed there are currently no plans to open new talks with Messi, the club president also indicated that the 26-year-old will not be leaving while he is in charge.

"While I am president, I think it would be extremely difficult for Messi to leave the club, if not impossible," Rosell said.
Friday, 13 December 2013 12:30
Tweet Follow @omomani
Diposting oleh Dapur Meta di 06.26