The Special Don: Mourinho wants to be the Premier League’s Godfather 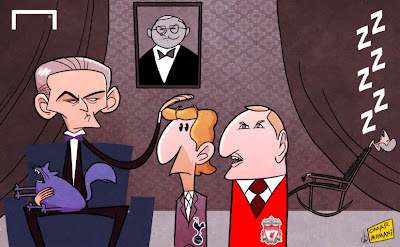 On arriving at Chelsea first time around Jose Mourinho famously announced himself as the ‘Special One’.

The Portuguese has now returned to Stamford Bridge for a second spell and says he wants to be the “Godfather” of the Premier League.

After the departure of Sir Alex Ferguson, it was pointed out to Mourinho that he is the only Premier League manager to have won the Champions League, leading him to announce: "I am just going to be The Godfather".
Tweet Follow @omomani
Diposting oleh Dapur Meta di 19.32