Mourinho brings the Happy Days back to Chelsea 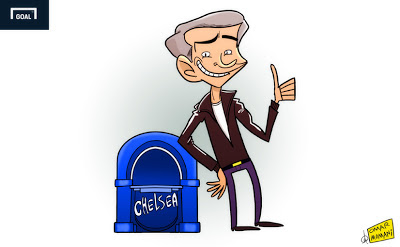 Jose Mourinho has given his first press conference since his return to Chelsea with the self-proclaimed ‘Special One’ now declaring himself “the happy one”.

Of course much has changed since the Portuguese first arrived at Stamford Bridge, a mere nine years ago.

Mourinho has gone on to taste success in Italy with Inter, leading the Serie A side to two league titles as well as Champions League glory.

The 50-year-old then moved on to a controversial tenure at Real Madrid, winning the Liga title in 2012 but calling his last season in Spain the “worst in his career”.

And so back to the Blues, where Mourinho and the club will be hoping he can bring the happy days back to Chelsea.
Tweet Follow @omomani
Diposting oleh Dapur Meta di 17.22