Brazil & Spain set to serve up a Confederations Cup treat 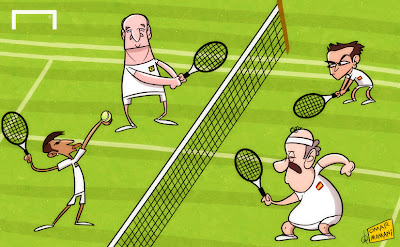 The climax to the Confederations Cup takes place on Sunday night as Brazil host World and double European champions Spain in the Maracana in front of an expectant crowd.

Neymar has lit up the tournament so far, while Fernando Torres has banged in crucial tournament goals again for Vicente Del Bosque's side.

It all adds to an enticing final match that should provide a lovely taster for next summer and the fervour with which the tournament has been received by the Brazilian public will have whet the appetite of football fans around the globe ahead of World Cup 2014.
Tweet Follow @omomani
Diposting oleh Dapur Meta di 05.57