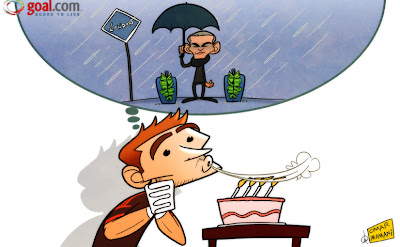 And so the Special One finally departs the Bernabeu. What better day to do it on than the birthday of club captain, and feud-er in chief, Iker Casillas?

The pair had a rocky relationship this season, with Casillas' Spain team-mate and Barcelona rival Xavi lambasting Mourinho for his "terrible" treatment of the keeper.

But late on Monday, Real Madrid announced that they were parting company with Mourinho by mutual consent, and the manager is set to join Chelsea within the next two weeks.