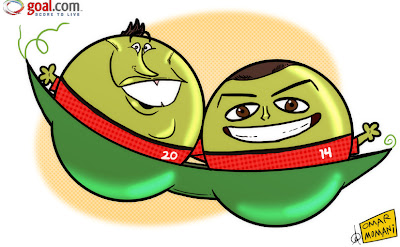 Manchester United continued their march towards reclaiming the Premier League title with a 4-0 victory over Wigan on Tuesday which came largely thanks to Robin van Persie and Javier Hernandez.

The strikers bagged two goals apiece at the DW Stadium to ensure the Red Devils maintained their seven-point lead at the top of the table, with manager Sir Alex Ferguson later hailing his peashooting duo.