David Luiz shows Gary Neville how to play the game 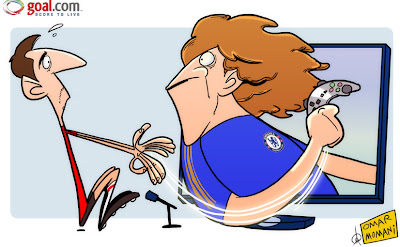 David Luiz was once described by Gary Neville as looking like a Playstation character controlled by a 10-year-old.

But the Brazilian looked far from the liability he has been labelled to be in the Club World Cup victory over Monterrey, patrolling the Chelsea midfield for over an hour before being replaced by Frank Lampard.

And, prior to the game, the 25-year-old made it clear he was able to take criticism on the chin and move on.

“When you experience difficult moments, I know I’m strong enough to change things and move on," Luiz said.

“I know my personality and what it’s taken to get me here at Chelsea. It’s just another moment to be strong.”
Tweet Follow @omomani
Diposting oleh Dapur Meta di 08.48