The Lonely One - Mourinho feels the heat in Madrid 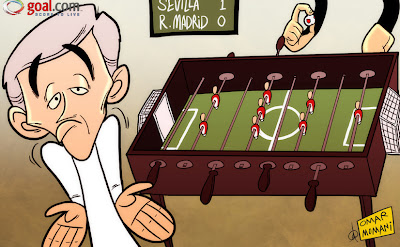 Real Madrid boss Jose Mourinho continues to feel the pressure after the club's slow start to the new league campaign, which saw them beaten 1-0 by Sevilla in their last outing.

The side have now lost two of their opening four league fixtures as they fell eight points behind rivals Barcelona at this crucial early stage of the season.