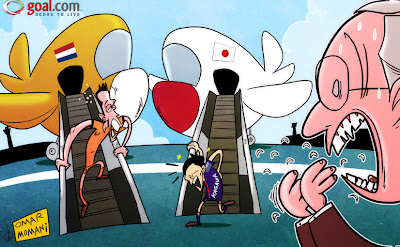 With Wayne Rooney already sidelined with a gashed leg, the last result Sir Alex Ferguson will have wanted from the international break is more injuries to his collection of forwards.

He will not have been pleased, then, to see Robin van Persie and Shinji Kagawa limp off their flights back to Manchester. Van Persie was substituted at half-time in the Netherlands' match against Hungary, while Kagawa did not play for Japan against Iraq.