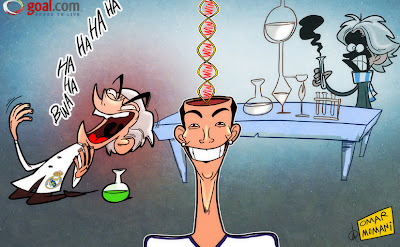 Real Madrid boss Jose Mourinho appeared less than happy with his side going into the Champions League clash with Manchester City at the Bernabeu on Tuesday night.

“At the moment, I have no team," Mourinho said after the Spanish giants suffered a 1-0 defeat to Sevilla in La Liga.

But Mourinho had changed his tune entirely after watching his side come from behind to beat the Premier League champions 3-2, courtesy of goals from Karim Benzema and Cristiano Ronaldo.

"It's good because the DNA of my team is back," Mourinho said.

He added: "We could lose and I would be proud, but we cannot lose matches like we did in Sevilla and Getafe and my happiness is not just about the three points, it is about the DNA of my team being back."
Tweet Follow @omomani
Diposting oleh Dapur Meta di 14.43