Lifesaver El Shaarawy at the double to keep Allegri afloat 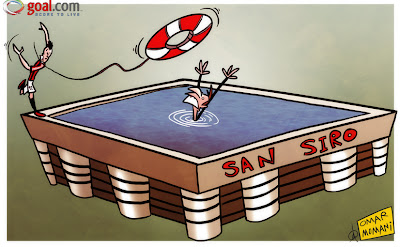 With just one win from four Serie A games, Massimiliano Allegri's position as AC Milan boss looked under severe threat ahead of his side's clash with Cagliari on Wednesday evening.

Fortunately for Allegri, who guided AC Milan to the Serie A title in 2011, a goal in each half from Stephan El Shaarawy secured his side a valuable three points at San Siro to ensure last season's runners-up are in with a chance of making up for their poor start to the campaign.

"The victory is for Allegri and the fans," El Shaarawy said. "We are with him, he has our trust.

"I'm happy because of today's victory. It will give us a lot of morale for the next games."
Tweet Follow @omomani
Diposting oleh Dapur Meta di 18.26